The bank is in business to make a profit for its shareholders. The primary mission of this bank is to maximize its sustainable earnings.

The bank is a responsible citizen and a business leader of Manchester. The bank takes its citizenship duties seriously and will not knowingly take actions that are against the best interest of our community, its businesses, or its families. We will not make profits at the expense of our community.

The next most important asset of the bank is its employees. Without dedicated and responsible employees, it would be impossible for the bank to be a responsible citizen of the community or to render high quality customer service. A mission of this bank, therefore, is to be a responsible employee. All bank employees will be treated with dignity and respect. All will be given equal opportunity and a fair wage regardless or race, color, sex, age or physical condition.

The Comptroller of the Currency gave a charter to The First National Bank of Manchester on February 5, 1905. The first president was Civil War veteran Dr. I.S. Manning. In addition to his medical practice, he was a merchant, civic leader, and superintendent of Clay County schools. He was one of Clay County’s wealthiest citizens.

Dr. Manning’s son-in-law, Mr. D.L. Walker, was the first cashier. Mr. Walker and Dell Dickenson were the only employees. The first banking office was located in the building now occupied by Manchester Dry Cleaners. The First National Bank of Manchester moved to its present Manchester location in 1924.

Cashier D.L. Walker was a man of vision. He realized Clay County had to have a railroad to compete and market its natural resources. He worked with individuals and corporations to bring the railroad and in 1916 helped Charles F. Heidrick build it.

After the death of Dr. Manning, Mr. Walker became president. In 1919, Mr. Walker sold his interest in the Bank to E.G. Garrard, J.W. Wright, W. Rawlings, C.C. Smith, and W.B. Riley. Mr. Rawlings became the president. He served from 1919 to 1927, being succeeded by W.M. Marcum. Mr. Marcum served from 1927 to 1937. During the period he was president, many of the banks throughout the United States were failing. However, due to Mr. Marcum’s strong leadership, The First National Bank was able to survive and grow. Mr. Marcum sold his interest in 1935 to H.T. Baker, D.D. Turner, M.F. Porter, and others with Mr. H.T. Baker named president.

Mr. Baker had been connected with the Manchester Grocery Company, which was a successful business. The Bank continued to grow under his leadership. He served until 1947, at which time he sold his interest to a local group. Mr. J.L. Tigue then became president and continued in that position until 1973. At that time, he sold the largest portion of his holdings to a trio of businessmen from Laurel County consisting of Elmo Greer, G.W. Griffin, and Warren Little. Mr. Elmo Greer was elected Chairman of the Board and President.

Mr. Elmo Greer was formerly from Clay County. His great grandfather, George Washington Greer, brought his family to Clay County from North Carolina to work as a tanner for the Potter Family. George Greer was a Confederate Army Veteran. The local part of the county known as Tanyard got its name from the sort of work he performed.

Mr. Elmo Greer attended grade school in Clay County. Mrs. Mae M. Corum was his first-grade teacher. He moved to the East Bernstadt area of Laurel County when he was about eighteen or nineteen years of age. Mr. Greer went on to form one of the largest construction companies in the nation. His companies have been major road builders, constructing I-75, New Circle Road, and many others.

Mr. Greer served as president from 1973 until 1975, and then Saul Goins was named president. Mr. Goins was succeeded by Warren Little in 1977, who served until his death. At that time, Mr. Elmo Greer was named president again. Mr. Rex Greer, Elmo Greer’s eldest son, is now the Chairman and President of the First National Bank of Manchester.

As the bank continues to grow, it has expanded into new market areas. In 2020, the bank opened a loan production office in Lexington, Kentucky. Mr. Bill Feltner, who is originally from Clay County, is the Lexington Market President. In 2021, the bank opened a new, state-of-the-art branch at 1211 West Fifth Street in London, Kentucky which is over 13,000 square feet.

Throughout the years, The First National Bank of Manchester has continued the legacy set by its early pioneers as a community leader. The bank currently has assets of approximately $178 million.

This history is dedicated to the past and present shareholders, directors, and employees of The First National Bank of Manchester. It is also dedicated to you, our customers. We realize that without our loyal customers we could not have accomplished what we have. We will always strive to put the customer’s needs and our county above our own.

FNB is here to help you with all your banking needs and questions
– and we’re always happy to chat!

Lobby
Mon-Fri: By Appointment Only 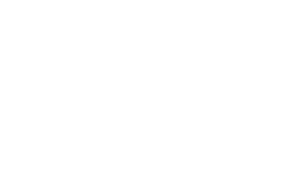